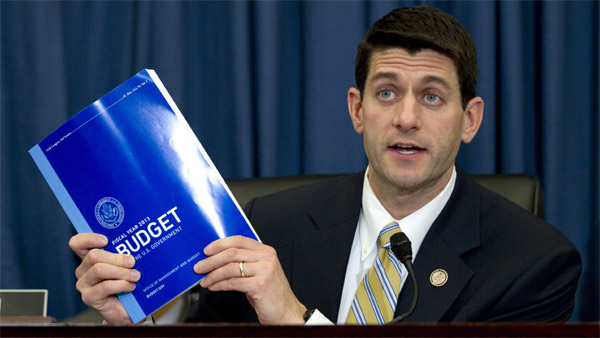 In the month of March, Senate members reviewed and confirmed that the U.S. federal budget deficit jumped in February from January. Higher taxes and improving economy are expected to hold back the annual deficit below $1 trillion for the first time since President Obama took office.

However, the graph was positive, but the major blow was given by Rep. Paul Ryan‘s proposed budget. What does his budget propose?

Questions that may rise globally in the minds of people are:

We will look at the US budget and its impact in Indian outsourcing industry in 2013.

US Budget Vs. Outsourcing in India

Most of the outsourcing companies in India are on the verge of renewing their contracts that were linked ten years back. Economist estimate that the amount will be somewhere around $50 billion – more than half of the total Indian outsourcing industry. This claim, that 2013 will be a busy year for the Indian offshore outsourcing providers like Fusion and other leading brands.

The owners must grab the opportunity at any cost to revitalize their business. They must sharpen the strategic weapons to gain an edge over their competitors. Companies are leaving the techniques that have ruled the outsourcing industry for decades. Rather they are thinking to restructure the offshore outsourcing models. They are going on experimenting with new methods that are not only going to focus on the cost-reduction, but improve the quality, control and communication efficacy.

The same trend is likely to be seen in the small and medium sized business as they are going to unleash their spree of innovations to give more personalized and cost-effective offshore outsourcing solutions. Building their own offshore contact centers is the most common strategy adopted by the big MNCs. This helps them to get skillful human resource, control over different aspects of business and cost-efficiency as compared to onsite development centers.

How US Budget Is Changing Outsourcing Outlook In India?

In spite of Ryan’s brutal stab, bringing back the offshore manufacturing this year will be the main aim for major brands. Just bringing back the jobs is not the aim and it is not going to work for a global economy, India is trying for something sustainable.

Therefore, in the coming days it is expected that the new model of outsourcing will play a pivotal role in India.

Working against the globalization and technology is futile if we have to keep at par with Ryan’s proposed budget. Therefore, it’s time to keep fingers crossed and hopes high for the Indian outsourcing industry.

Customer Management in a Post-Pandemic World: 5 Ways of Adapting to the Change
Post Date: Mar 15, 2013

How Can Hospitality Industry Benefit From A BPO
Post Date: Mar 15, 2013

How The Airlines Industry Can Benefit From BPO Industry
Post Date: Mar 15, 2013