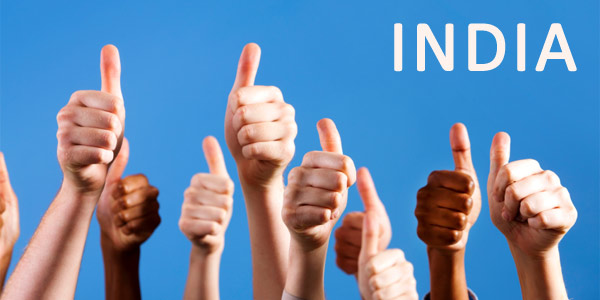 Yes, India as a BPO industry has some distinct advantages, and it has helped them for a decade to climb the dominant position. At present India is holding the topmost position in the global BPO market, capturing all revenue, shares, and exports. If we consider India’s position back in the 1980’s when IT infrastructure has just launched their session, we will witness a vast change. At that time, China was India’s chief rival and India was much behind them when it comes to English-speaking workforce and IT infrastructure. However, the global market saw the potential of BPO growth in India in the future. India has climbed the ladder of success despite meeting challenges in the global BPO market. Some of the prominent challenges include:

Now it is year 2013, Fusion BPO Services a leading IT BPO company in India is going to show through this write up, that’s how well India can retain the BPO Edge in the upcoming years.

We know that the Indian BPO Industry has matured a lot. We have that skilled workforce whom we have trained in various outsourcing model and have given them the scope to understand the entire cycle of outsourcing. You have so many regions who have started to invest in the BPO industry and are giving a tough compete to India.

In the midst of this situation, a big question strikes the mind of almost all – will it be possible for India to retain their BPO popularity? Will the outsourcers continue to choose India as their favorite destination? Well, Fusion gives thumbs up and says that India will continue to grow in the near future. Well we have 5 reasons to support our viewpoint.

According to SourcingLine, who compiled a global BPO database comprising all the key statistics like – competitiveness, resources and skills and business environment. Considering all the factors India emerged as the most popular and preferred BPO destination with an overall outsourcing index of 7.1 and other outsourcing destinations that follow India are – Indonesia (6.9), China (6.4), Bulgaria (6.4), and Philippines (6.3)

If you consider the individual index scores for the above three key criteria, India follows behind some destinations or leads them just by a few score, this includes:

#2 Reworking on the Disadvantages

We know that the global outsourcing trends keep on changing. For this changing trend, the competing nation tries hard to turn their disadvantages to advantages. Well, if it is so, then we will say reworking on the disadvantages is a hard task. It is not possible for India to improve their business index faster than China. Neither India nor China can offer competitive cost like the Philippines. However, we keep our finger crossed to achieve the basic limit of BPO service excellence in the near future reworking on this key features.

Costs are the most crucial thing and the determinant factor for the rise and the growth of a BPO region. Offshore outsourcing aims to save the wages. It is the low wages which are paid to the junior resources to cut the companies cost. People like the IT engineers and web developers in India are hired at 11% the cost of those in US, according to the data provided by SourcingLine. Indian staffs in the senior levels get 30% of their wages of what their US counterparts get. It helps businesses to save wages by offering business processes to India.

#4 Real Estate and Tax Costs are Getting BPO Savvy

You have many other factors that help BPO to reduce cost, like that of infrastructure cost. However, it eventually does not save a lot for the BPO buyers as the prices of infrastructure keeps on shifting with increasing demand. Real estate costs generally vary with location. Many prime BPO destinations in India are there whose commercial spaces are sold at much higher price than New York. Even at times corporate taxes are unsupportive. However, the white paper released by the US International Trade Commission shows that tax benefits are trying to keep parallel with BPO after the 2013 budget and the real estate price are falling down to suit the global BPO market.

BPO industry accounts only 1% of the India’s GDP and less than 2% of its annual job creation. According to the Gartner Research, India at present accounts 39% of the world share in outsourcing business. Whereas India generates 40% revenue from the software and accounts, 70% of its total business exports services. NASSCOM reported that from 2002 to 2008 revenues of India has increased from 40% to 44% and it will continue to grow after 2012. Well, if we calculate the total revenue India BPO generates, we will see that:

India has been witnessing this steady growth in BPO sector since 2008. Well, it does have some prominent reasons like –

These are the basic 5 reason, which throws limelight on the BPO growth in India. Fusion BPO services say that India will retain their BPO image for a long time due to their keen sense of boosting those services what they do best. India is going to have a close look at the competitors to improve their business environment, cost and resources in order to redefine their business.

Customer Management in a Post-Pandemic World: 5 Ways of Adapting to the Change
Post Date: Jun 21, 2013

How Can Hospitality Industry Benefit From A BPO
Post Date: Jun 21, 2013

How The Airlines Industry Can Benefit From BPO Industry
Post Date: Jun 21, 2013