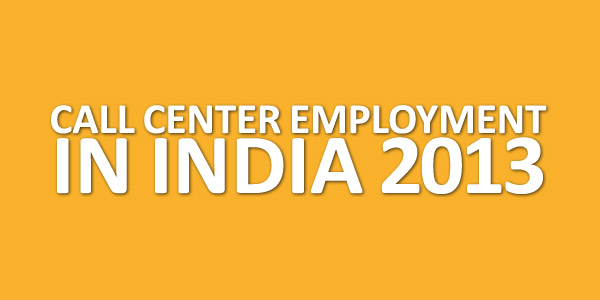 Recent economic survey on service sectors of India shows a steady increase in the employment scale by 6.94 lakh during the last year in outsourcing industry.

Well, the figure is around 7 lakh approximately and it is not a simple figure. Overall employment in the IT and BPO sector of India has seen almost half of the increase in 2012, than the preceding years. It has been since July 2009 that India witnesses employment demand to rise despite the economic downturn.

According to the Economic Survey for the year 2012-13 tabled in the Lok Sabha (Parliament of India) shows that the steady development in the employment structure contributes a lot to the human development. This is of great economic significance to BPO sectors in India provided that the measures taken to seize the “demographic dividend”.

As we know that the younger generation infest the BPO sectors more than any other age groups, so the working – age population, between 15 and 59 years are likely to grow by 64% in the year 2021. Moreover, new entrants around 63.5 million had an influx in the call center industry this year.

The booming population of India, perennially scouting for jobs, has found that call centers are the most dependable source. It has given financial opportunities to the number of youth. At Fusion, after doing some  researches we have found that people hired by contact centers of India expected to grow 50% annually.

One of the annoying problems that dog the outsourcing industry is the work ethic. People hired in the contact center industry is volatile. They are moving with the trend ‘here today, gone tomorrow’. The constant shifting of jobs pull down the operational qualities like – discipline, endurance, loyalty and respect for the management.

Though the employment has scope increased in the last year by 7 lakh, attrition rates shoot up 50% every year. Human resource manager finds it tough to battle out the tough problem of attrition. Being the leader in contact centers Fusion too faces the similar problems of attrition.

However, attrition was previously a major concern, but with the increase in the employment scope, attrition rates have started to decline. What is the cause? – Well, the cause is changes in macroeconomic element of the industry according to the Macroeconomic Framework Statement by Union Budget 2013-2014. Macroeconomic conditions are having a great impact on the attrition rates. This allows the outsourcing companies to let their employee enjoy long-term career growth and security.

Factors Contributing Towards the Growth of BPO Career

Above 7 factors largely contributes to the growth of Indian BPO industry to have a strong competitive position and a market share. NASSCOM survey report says that rural areas are going to boost ten times by 2013-2014, compared to the year 2009-2010. Booz and Co have conducted a survey poll and has found that India is the ideal destination for offshoring that encourages foreign companies to offshore their products to Indian ITeS companies.

With all these elements and considering the macroeconomic situation of India, 2013 is surely going to enjoy en employment boos, 99.9% customer and employee satisfaction as well.

Customer Management in a Post-Pandemic World: 5 Ways of Adapting to the Change
Post Date: Apr 26, 2013